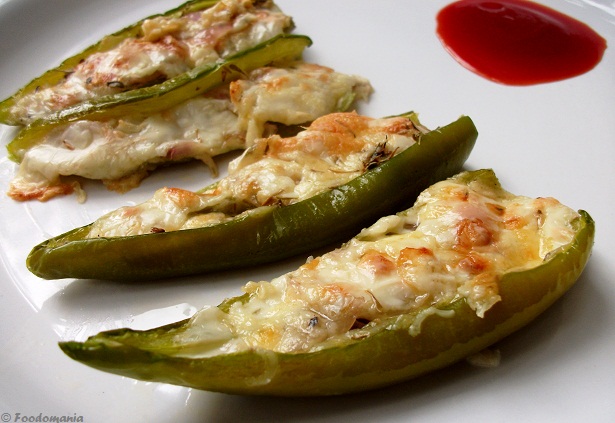 Have you got what it takes to be a jalapeño eater? 😀 You never know if biting into one is going to harvest that phenomenal flavor and kick (that is the basis for so many Southwestern foods) or if that one little bite will pack such a fierce punch that you’ll be running around the room mouth agape and begging for something to cool it all down. And honestly, there’s no way to tell. You’re gonna wanna try out a few initially. Today, I reached new levels of stinginess by just making 4 of these poppers. One for each one in the family! I didn’t want to use up all the jalapeños and end up throwing them away because they burned all the way from the mouth to ‘south’! 😀 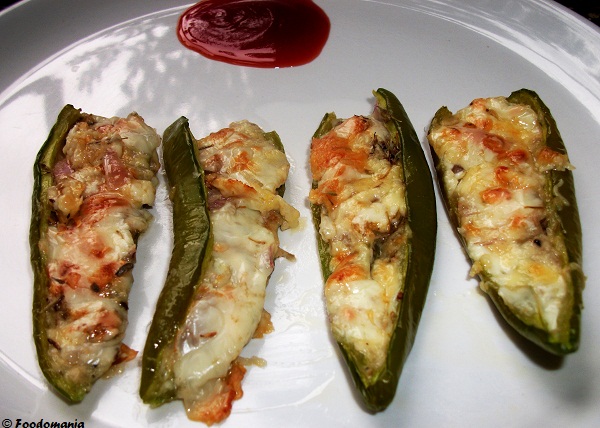 If you find that the pepper you’ve bit into is just too spicy for your tongue, cool it with some milk, sour cream, yogurt or cream cheese. That’s the reason why cheese is often paired with hot chiles. There’s something in milk that lessens the impact of the spiciness. Armed with a gallon of milk, I ventured into my 1st ever jalapeño! But thanks to years of eating spicy Indian curries, jalapenos were just child’s play! 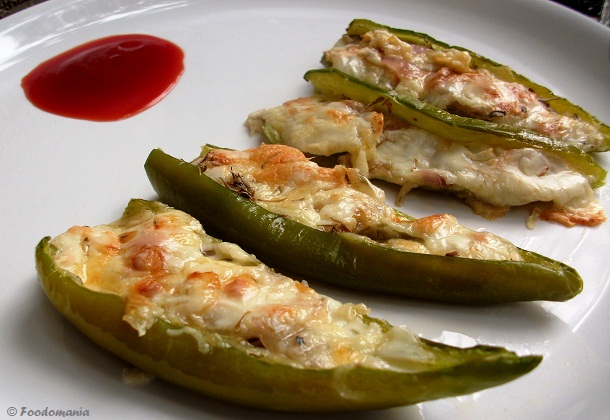 Closer to home, we make an Indian style fritter with these peppers known as “Molagai Bajji” (Mirchi Bhajiya). It is a brilliant creation of stuffing the chillies, dipping into a batter & frying until crisp! If I had to choose between the Spanish style baked jalapeño and Indian style Mirchi Bhajiya, I’d definitely choose the Indian version. However these cheese stuffed jalapeño are absolutely delicious. And I would definitely make them again.
fresh jalapenos! 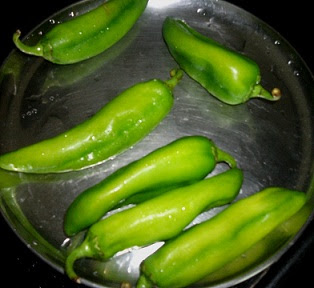 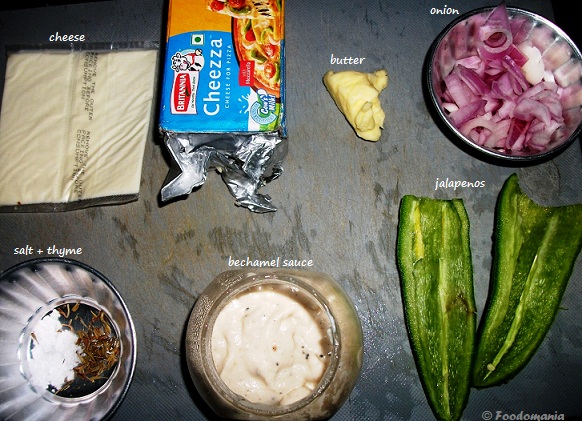 How to make them
1. Cut the top of the peppers out. Slice them throughout the middle and remove all the seeds inside (this reduces the spiciness)
2. On one half, apply white sauce (or any other light spread) generously and sprinkle with some  thyme or pepper powder. 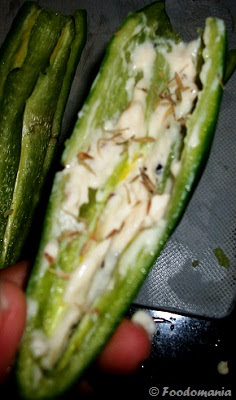 3. Stuff the pepper half with onions.

4. Tear away some pieces of the slice cheese and tuck into the half pepper. Also grate some mozzarella if you wish.
5. Arrange the prepared jalapenos on a buttered baking dish 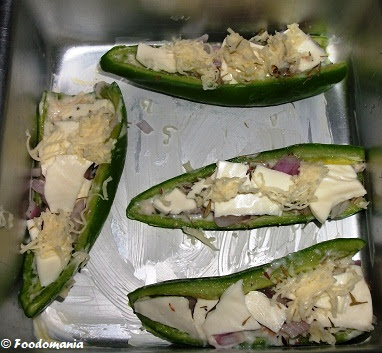 6. Drizzle some melted butter all over the peppers
7. Bake at 200C for 20 minutes or until the cheese melts & looks golden brown! 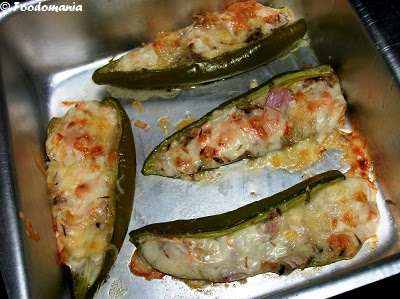 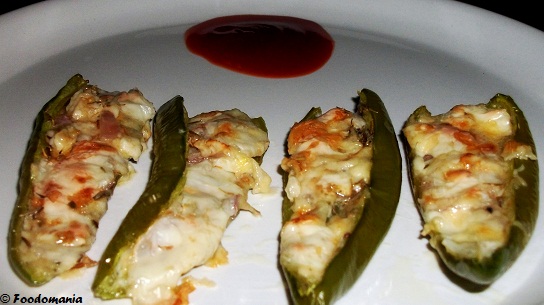 Notes
1. This is just my way of making baked jalapenos. You can stuff them with anything that potentially reduces the chilli peppers’ spice. For example, mushrooms, tomatoes, cucumbers etc! But I’d suggest you also stuff it with cheese. Any kind. Ricotta, Mozzarella, Cottage, Mascarpone, Cream cheese or anything!
2. I had some left over white sauce & I used it. Which probed to be an amazing addition to the dish. You could also use Mayonnaise instead. But if neither of these are available, then use tomato ketchup.
3. Once baked, the chili peppers were hardly spicy. Just make sure you get all the seeds out coz the real spice of the chillies lies in those seeds!
4. I haven’t written down exact measurements because it depends on how many you are making. Just exercise common sense! 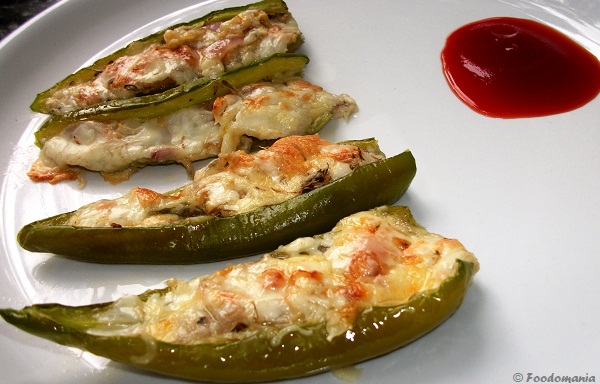