Tempering Chocolate | Step by step guide on how to temper chocolate 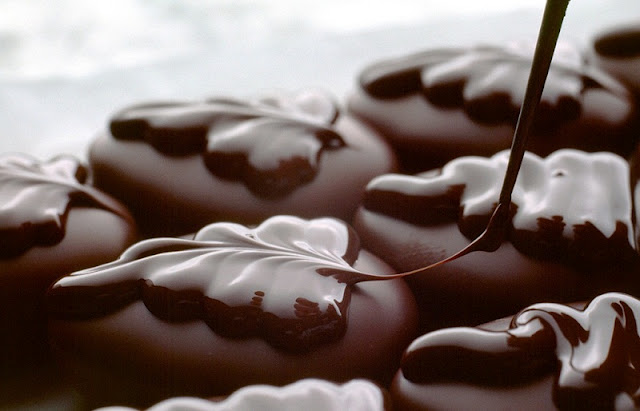 I only assume that 99% of the people are as crazy about chocolate as I am. Chocolate equals Nirvana! 😀 Have you ever wondered how chocolate gets that lustrous sheen? Ever wonder what makes the chocolate go ‘snap’? The answer is Tempering, folks, tem-pe-ring! 😀 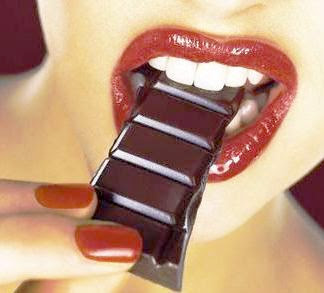 Well, I don’t want to burst your bubble, but untempered or wrongly tempered chocolate is not a pretty sight. (I hear a chocoholic saying ” aaah! how is that possible! If you love something, accept it as it is!“) 😛 Would you accept an untamed, wild monkey to live with you just because you love it? No? I feel the same way about untempered chocolate! 😀 totally went off course, there. but okay.. coming back- 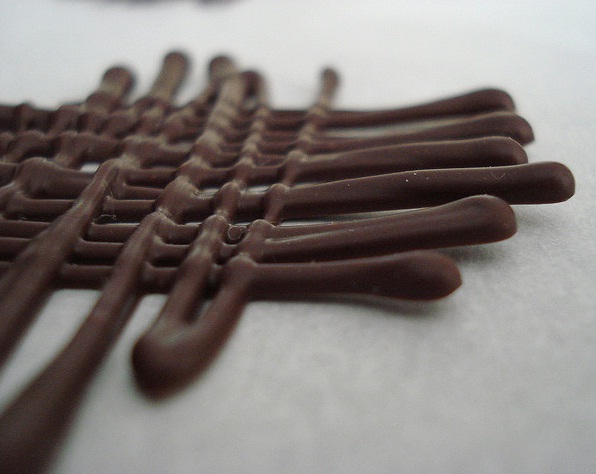 Uncontrolled crystallization of cocoa butter typically results in crystals of varying size, some or all large enough to be clearly seen with the naked eye. This causes the surface of the chocolate to appear mottled and matte, and causes the chocolate to crumble rather than snap when broken. The uniform sheen and crisp bite of properly processed chocolate are the result of producing consistently small cocoa butter crystals by the tempering process. 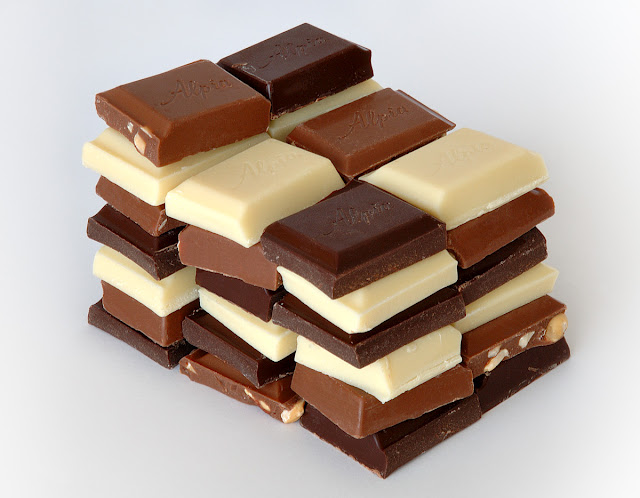 Tempering chocolate isn’t especially difficult, but it’s just not something you do everyday. So, why bother? It’s because it is the process that gives chocolate a lustrous finish, a higher melting point and a good “snap” when broken. Chocolate that hasn’t been tempered can develop a blotchy look on its surface, also known as fat bloom. This is caused by crystals of cocoa butter rising to the surface of the chocolate and setting as a film. It doesn’t affect the chocolate’s taste, but it looks ugly and melts quickly, making it a messy eating experience 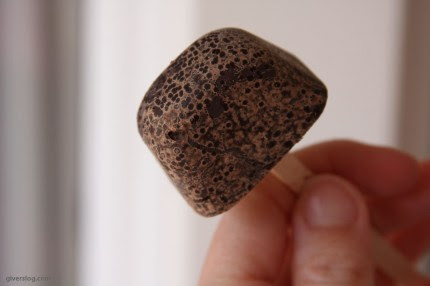 To temper chocolate, you heat it and cool it, changing its structure. When chocolate is melted beyond 36C – even if it was an already-tempered block to begin with – the cocoa butter can form into six types of crystals. All these crystals have different melting points and variable hardness, and only one boasts all the attributes for tempering. You temper chocolate to achieve a result where only the desirable crystals form, giving you a luscious finished product. 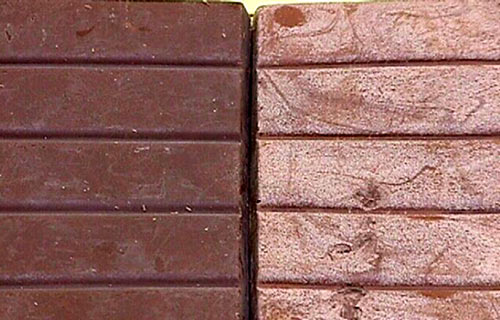 While the physics of tempering is complex, the process is quite simple. There are three basic stages:
– heating
– cooling and crystallizing
– reheating
You need a candy thermometer to do this right 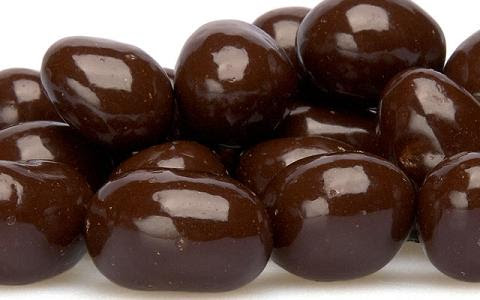 I. Heating
The first stage is to gently melt the chocolate until all cocoa butter crystals are completely melted; this happens at 48C. You can melt chocolate using a microwave or water bath (bain-marie), but you must be vigilant in ensuring absolutely no moisture gets in the bowl.
Water Bath: 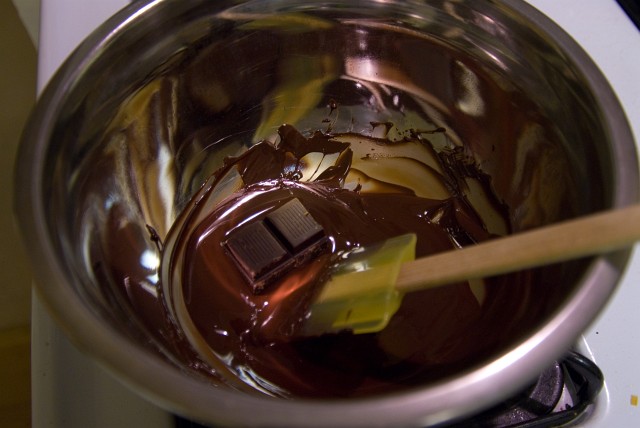 Microwave Method: You can also use a microwave to melt smaller amounts of chocolate in 10- to 15-second increments, stirring well after each burst of heat.

Either way, be careful not to overheat the chocolate because once it’s heated over 60C it’s ruined. 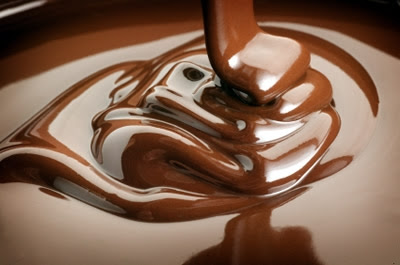 II. Cooling and Crystallizing
The next step is to cool and crystallize the chocolate. Tabling is the traditional method and a good way to temper large quantities of chocolate. It involves cooling and agitating some of the melted chocolate on a cool surface (like marble) until the desired crystals form, then introducing it back into the remaining chocolate. 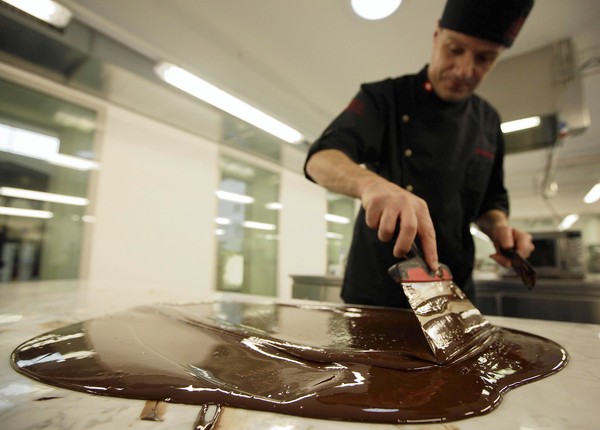 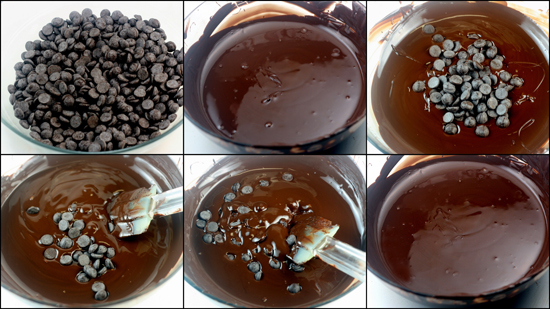 III. Re-Heating
After cooling and crystallizing, you need to carefully reheat the chocolate to bring it to working temperature. This will melt away some of the unstable cocoa butter crystals that make chocolate set without a gloss.
To reheat the chocolate, you have to be exact with the temperature. A hot-air gun – available from hardware stores is a good way to reheat chocolate. But believe it or not, a hair dryer does the trick just as well.
Warm the chocolate with your hot-air gun or hair dryer, stirring continuously, monitoring with a digital thermometer until it reaches the desired temperature.
For dark chocolate, the perfect working temperature is 32C, for milk chocolate it’s 30C, and for white it’s 29C. (REMEMBER THAT.) 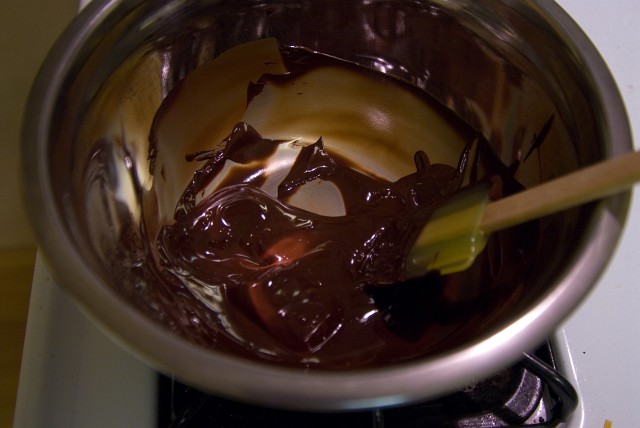 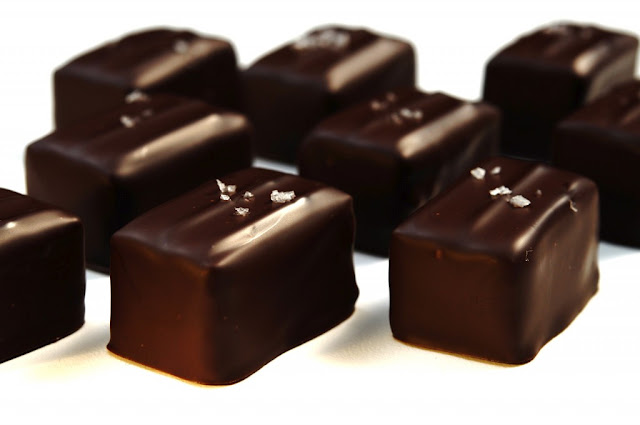 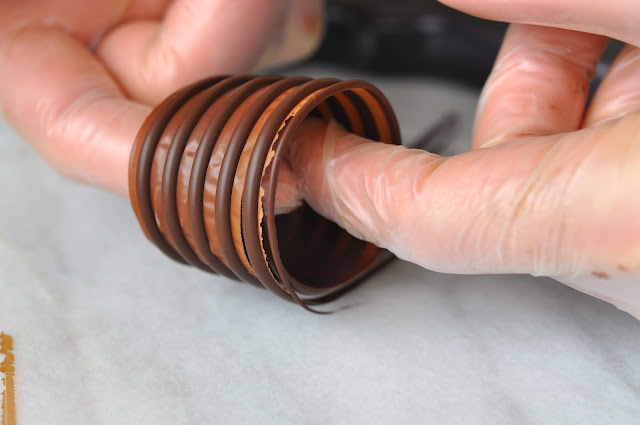 all images have been taken from the internet. I own nothing